Moving Home with Ghosts: The Spooky Side of Home Removals

Moving Home with Ghosts: CWraight Removals Kent have been operating as Kent removals experts for over 70 years, and in that time we’ve undertaken a wide variety of removals projects, from helping local residents move home to assisting with the relocation of priceless artefacts. Our work has taken us to some extraordinary places, and more than once we’ve been called upon to visit some distinctly ghostly locations!

We have been fortunate enough on many occasions to work in Saltwood Castle, Kent, which is reputed to be a haunted site. But while we haven’t experienced any supernatural goings-on at the castle, one of our workers had a distinctly spooky experience elsewhere in Saltwood.

This apparently inoffensive village appears to be a hotspot for hauntings, including the legend of the Grey Lady who has often been seen walking out into a local road. Our work in the village took us to a 16th-century manor house, on a site rumoured to be the location of a long-forgotten battle, and for one member of staff, it was an unnerving experience:

“Whilst I was looking in one room, I heard the lady talking to someone, but when I entered the room, there was no one else there! Intrigued, I asked who she was talking too. She told me she was saying goodbye to the resident ghost! Thankfully, she told me that the ghost was friendly and that she was asking it to be well behaved for the new people who were moving into the house!”

The Darkness of Dover Castle

We’ve also had the great fortune to work at Dover Castle. This is a famous, 12th-century castle that was built to protect the coast from pirates and later served as the site of an underground command centre used by Prime Minister Winston Churchill during the Second World War. But it is also known as one of the most haunted sites in Kent, and the battlements are said to be haunted by the headless ghost of a drummer boy who was robbed and murdered there.

Our work took us underneath the castle, where a four-man team were clearing the tunnels one section at a time very late at night. One of the four workers described what happened next:

“We had to clear in sections and once each section was done, turn off the lights. It was so quiet down there, you could hear a pin drop. So when someone said they’d heard a noise, we all stopped, looked at one another and then hurried to the next section. We were going faster and faster as no one wanted to be at the back! Imagine four grown men scared of the dark! We were so glad no one was watching. Or was there…?”

Who you gonna call?

As an experienced removals company, we’ve learned to be ready for anything! Our expertise and versatility in helping those who are moving home have enabled us to handle every type of removal, from small domestic removals to major art collection and heritage site moves. So if you are planning on moving house (at Halloween or any other time of year) get in touch with CWraight Removals. Our highly trained staff will ensure that your house move runs smoothly, without any scary surprises! 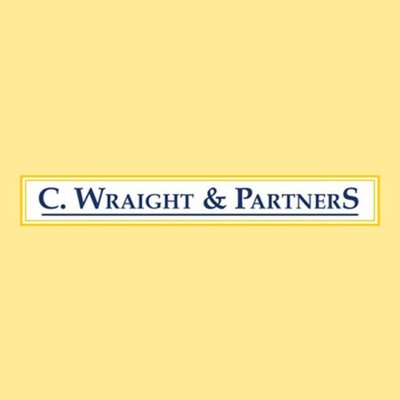